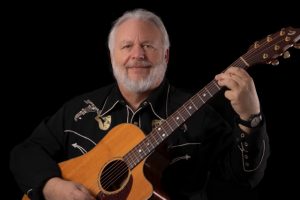 Tom Wolf has been a staple on the Atlanta music scene for over three decades. From 1982 through 1992, Tom performed, booked, and ran sound at The Freight Room in Decatur. While there, he worked with talents such as John Hartford, Odetta, Tim O’Brien, Ralph Stanley, and even Peter Tork, to name just a few. He worked for Eddie Owen at Eddie’s Attic for five years after that, where he met many more artists who have influenced the world of music.

In 1997, Tom was nominated for a Grammy for a song co-written with Jan Smith entitled, “(I Never Should Have Fallen in Love With You), BUT I DID”. You can hear Tom’s harmonica on ” Live From The Underground” by Atlanta rapper Big Krit. Tom has produced five albums of original music to date.

No One Around – Original Song

Complete Stream from Bus to the Future Festival
June 20, 2020